Angel massage is one of the best happy ending oil massage parlor in Bangkok. Located in the famous Sukhumvit Soi 24/1 a cluster which contains many other good oil massage shops such as Dream heaven massage.

Angel massage shop is (without exaggeration) easily one of my favorite oily massage parlors in Bangkok, and I have been serviced well for years. I first ever visited Angel 26 around 8 years ago when it wasn’t as renovated as it is nowadays.

Angel massage has been operating for a total of 15 years non-stop and it’s a fail-proof recommendation.

So I received a phone call from my Japanese friend who works in Bangkok who asked me if I wanted to get a massage, I asked him back that I didn’t know he had the skill to give massages now. He didn’t understand my joke at all and insisted that if I wanted to go with him to the Angel massage shop to get a happy ending massage.

I agreed reluctantly, well, not really. I agreed in a split second.

A couple of hours later we did meet at the Phrom Phong BTS for having lunch because I insisted on it. And I specifically insisted to my friend to guide me to one of those good Japanese restaurants in Sukhumvit that only Japanese nationals know about. Or that’s a myth?, well I’m sure they are real. Plus of course, it will involve for him ordering good Jap food for me, and that never disappoints. 😀 The perks of having a Japo friend.

So I and my friend had an incredibly long, tasty, authentic Japanese lunch ( Sukhumvit has dozens of Japanese restaurants staffed by Japanese nationals). In which we discussed a lot of topics and the 75% of the conversation was gravitating around the woman.

Funny thing is that even the Japanese owner of the restaurant had quite a few things to say about this matter. I boldly asked him what was his opinion on Angel massage. He agreed that the place was decent and that the pretty girls do an effort to speak the Japanese language.

I think my friend was not so happy that I asked the owner for this kind of private whoremonger question, but not a bigger. After lunch, we headed to angel massage by foot, at around 3 PM, a fantastic time to get laid.

I first visited Angel massage like 8 years ago when I followed someone else’s recommendation, and it was a great experience back then that didn’t disappoint. To see in this recent visit that that Angel 26 shop has been renovated is such a joy because this shop looks better than ever. Many new rooms have Jacuzzi even.

Now, once we entered the shop, the mamasan explained us the operation in English in like 12 seconds and rushed us to the fishbowl room. So we were standing up in front of a room full of ladies, who also actively look at you.

We also stand up beside other customers, it’s a funny thing to see someone else pick a girl. But when they spot a real cutie and choose her before I do, I just can say damn!. Good pick.

At this stage is also a decent idea to pick a girl who actively smiles at you. If she is extra friendly to you, that’s a nice thing.

The choices were huge, more than 20 girls in the room. I pointed to the mamasan who I wanted. A not so short, fair-skin Thai girl who looked not so young either and headed to the room. My buddy picked a girl too.

After that, we did choose 1 hour because that’s the sweet spot. More than 1 hour is waste of time, if you don’t do what you want to do in 1 hour, 2 hours won’t do. 2 hours sessions are cut shot anyways, the girls waste time. Etc.

That, unless you plan to negotiate multiple pops, but I never take that route.

The girl did a professional job. Helped me to shower, managed me properly, etc. GF experience wasn’t there, but I didn’t want it anyways. Regardless of this, at the end of the session, she even gave me her phone contact.

To tip or not to tip?

I usually don’t tip. And in fact, I hate the guts of the tipping culture with much passion. In massage joints and out of it. I like to pay the price on the paper, end of story.

I would not care if the price on the menu hypothetically had an already inflated 12% at price already added by default, but to have to calculate the price and add tips to an already high price tag by myself is ridiculous. And the worse thing is that nowadays, tipping is expected of you in Thailand. And even more ridiculous that sometimes you will tip the girl and she looks disappointed.

For me that’s it. If the choice is up to me I chose to tip a grand total of Zero.

I only tip if the service was is way over the top, or if, in fact, I want to see her again relatively soon. And you guys should do the same, DO NOT TIP BY DEFAULT. I know, Americans will have serious trouble understanding this. But yes, don’t tip unless there’s a reason.

Is a damn shame how Thai people kind of embraced the tipping culture so fast, or maybe is just us Farangs fault to begin with. But rules of courtesy don’t really apply with Thai hookers from massage shops, period.

The renovation has been fantastic. The place is better than ever. And the quality of girls is even higher now.

Angel 26 is a place orientated to Japanese and Korean customers, yes, but they serve to English speaking customers with no problem.

One of the most solid massage shops in this area and I love this place.  Highly recommended. 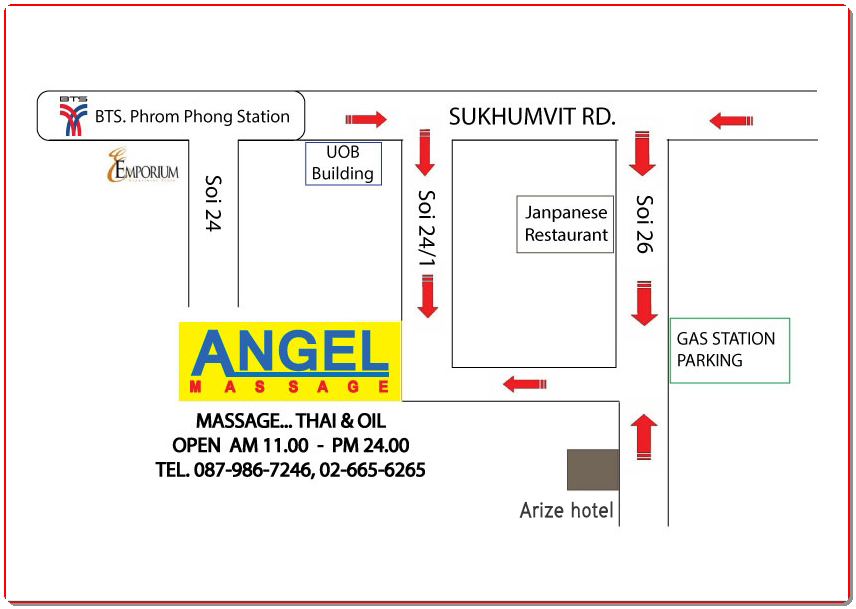 This video cracked me up. Looks like this dude filmed hidden camera footage of the fishbowl itself. I can vouch is the real Angel massage fishbowl. A dude with balls.