I have been wanting to go to Utopia since forever and finally did so. Even I usually prefer smaller oily shops and avoid this type of big establishment, with the exception of Nataree, which I visited a few times in the past until it got closed.

So whats Utopia? A Ratchadapisek luxury Spa which occupies a huge building and has the most expensive prices in town. They also have some of the most beautiful Bangkok therapists, and if you ask me, this place needs to be seen at least once, before they all end up inevitably disappearing.

What makes Utopia special is that they claim to feature former Thai models, from Penthouse and so. I have heard of this since make years ago but never checked up myself. One because of the high price tag, and second because of the waiting time. They say they can have up to 2 weeks of waiting time… so that makes it a no go for me.

Soapy models are rarely more than 30 years old and the ones I’ve been with were between 19 and 25 years old. These girls are workshop and thinner with the correct curves. And since these girls make a lot of money, they usually have fake tits and cosmetic surgery. And no, I would not recommend falling in love with any of these chicks. I mean, seriously.

How to get there?

By public transport is tricky. The closest MRT station is Phra Ram 9. A 20+ minute walks to Utopia. Making it barely convenient to walk there.

Perhaps best is taking a taxi.

I reckon I have been spoiled of many years of using BTS, for the same reason I don’t recommend hotels in Ratchadapisek. Check these much better areas to stay instead =

Things to consider and review

Apart from a large selection of beautiful girls, including some who could easily pass as supermodels, the establishment has a series of sumptuous suites, all with beautifully decorated furniture. It looks better than most self-indulgent hotels in the city. Large double beds, luxurious living rooms, dining rooms, Jacuzzi and shower cabins are some of the opulence that money can buy. And that’s just, to begin with. 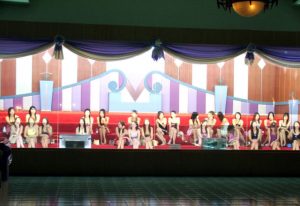 The relaxed atmosphere in the lobby area gives you a real feeling of nirvana simply by the soft sounds of piano melodies and the upscale the restaurant can be seen too. Depending on how long you want to pamper yourself in Utopia, you can also enjoy excellent wines with your dinner in the comfort of your suite… Welcome to the Thai Elite, or Thai whoring Elite shall we say, gents.

As an alternative source of pleasure and if you wish, you can spend an afternoon trying out your karaoke skills with your friends at Club Utopia on the premises or you can simply relax on one of the large soft sofas with one of the beautiful girls of here.

The establishment also has a fully functional spa where you can spend time in the sauna or simply relax in the jacuzzi or in the jacuzzi.

So Utopia has good entertainment, which is something should cater best to Asian customers, something that I saw before in a similar establishment, Poseidon.

Prices in Utopia range from THB 2100 to THB 15000, effectively converting the place in the most expensive massage joint. They have =

Now the bad news = A foreigner surcharge of THB 1,000. Again, this happened too in Poseidon, and it’s enough reason to avoid the place altogether, but well, seeing the girls might make one’s mind change. Some of the most solid stunners I have ever seen. 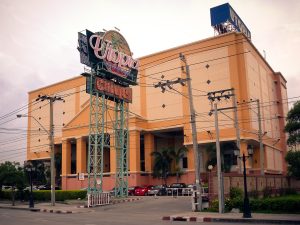 My Experience in Utopia complex

I arrived by taxi at 5. Neither the place, operation, or prices surprised me since I visited Poseidon not that long ago. But unlike last summer in which I visited with friends this time I went solo.

The Papasan was helpful and gave an intro of how everything works in English. After I overlooked the fishbowl I requested to see the sidelines which to be honest were more impressive than what I thought…

I fixed my eyesight on a tall girl with high-heels and long hair that smiled back at me, so the deal was closed. 🙂 Later on, I realized she belonged to the V-tier, and I knew that was going to cost me, but what a babe, hot damn! 😍

She took to my room, which was more luxurious than what I probably needed and had Jacuzzi and all. The girl was truly tall, I’m talking 175cm, which is pretty tall for a non-ladyboy Thai girl. She was slender, long black hair… have I found my Penthouse girl? Not quite, but I was satisfied.

The girl was truly cute, but the service was colder than expected. Efficient service but no GFE. The conversation was the usual chit chat and not that great either… but no major complaints.

That’s enough for me to not want to repeat here ever. But for those who don’t care and want to go upscale all the way, this might be a good place.